I’m having an issue after setting up cups for the first time with it sending a print job from both a client and the local server printing continuous blank pages. This happens when printing both a .pdf and .txt file. On the server I ran the following command to test the printing:
lp test.txt
Running journalctl -u cups -e hasn’t really shown much as far as errors, that I can see.
The printer is a Brother HL-L2340D connected via USB to a Raspberry Pi 3 running AlmaLinux 8.6.
I have the same printer connected via wireless network to my Fedora machine and it prints fine. I took the .ppd file from my Fedora machine and added it when I added the printer to the server for sharing. I’m kind of leaning toward that it may be a conversion issue.
This is my first attempt at setting up a cups print server and am a bit lost. So far my search-fu on the interwebs have come up null on a solution. This attempt is an effort to try to learn about cups a little more. And, of course, there are additional benefits of having it setup for long term use also.
Any assistance would be greatly appreciated.

After further troubleshooting it looks as if I used the wrong .ppd file from my Fedora machine since it was a IPP driver.
I researched more and found this article:

How to use your Brother printer with CUPS on Raspberry Pi

And the project that is creating Brother drivers referenced in that article: 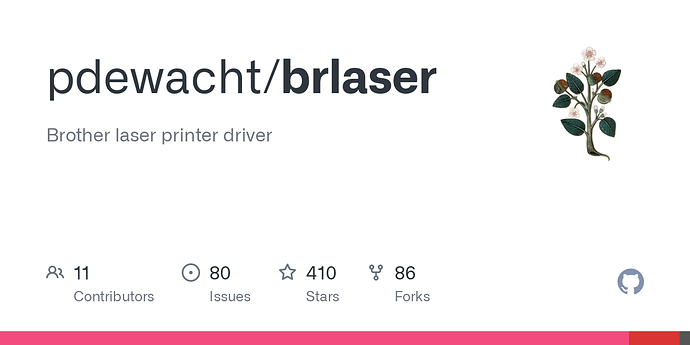 It was a matter of running the following on my server and restarting cups service:

I can now print from the server. However, I am still having issues from the client and have opened an issue on the Github page.

I hope this is helpful to anyone trying to use a Brother printer under Linux.