Has anyone been able to dual boot into Windows 11 & AlmaLinux 9.1?

I don’t have Windows 11 anywhere. Less and less sure if I even want one.

On EFI systems I do have Windows 10 and Alma. Each has their own entry in UEFI Boot Menu. Do you say that Windows 11 frequently sets its entry first in the boot priority?
Within Alma one can change the the priority of the entries with ‘efibootmgr’.

On one system I have Windows first in the priority, but Alma listed first on the menu.
That machine thus boots to Windows by default.
If I request Boot Menu (‘F12’ on that board), then simple ‘Enter’ selects Alma’s entry (i.e. loads GRUB).

I’m using HP computers that weirdly it seems like they don’t offer the EFI boot menu where you can have multiple bootloaders.

After I installed AlmaLinux after Windows 11 Pro, Grub2 installed, but when you select & boot into Windows, the Windows Boot Manager takes over, and then to boot back into Alma is a pain, as WBM does away with grub somehow.

From what I’ve been reading, this was a change with how Windows 11 works with Secure Boot, UEFI, etc, etc.
And only Ubuntu seems to have figured it out.

I can go into the UEFI boot screen, select boot from file, select Alma, and then select shimx64.efi.
It’s a 5 step process to boot, but possible.

I’ve just been spoiled by Grub popping right up.

I’m using HP computers that weirdly it seems like they don’t offer the EFI boot menu where you can have multiple bootloaders.

What do you see with efibootmgr?

Shows Alma as the primary, but it seems to switch back when booting from EFI file.

Just have to us the boot from EFI file with Windows 11. 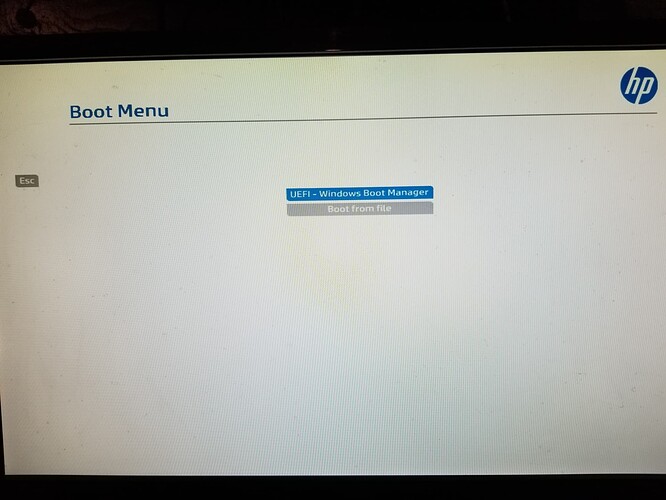 Can boot from file menu system.